What is the Difference?

The terms Two Cut and Five Cut refer to the machining process used to manufacture Ring and Pinion gear sets. Traditional ring and pinion gears were manufactured using a Five-Cut process (Face Milling). Most current manufacturing methods use a Two-Cut process that only requires about 30% of the traditional manufacturing time. Each process results in a different gear tooth profile, and slightly different method for setup.

Determining whether a Ring & Pinion has been manufactured using the Five-Cut (Face Milled) or Two-Cut (Face Hobbed) process involves a simple inspection of the ring gear tooth height. Tooth height is measured from the Top or Crown of each tooth to the Bottom or Root of each gear tooth. 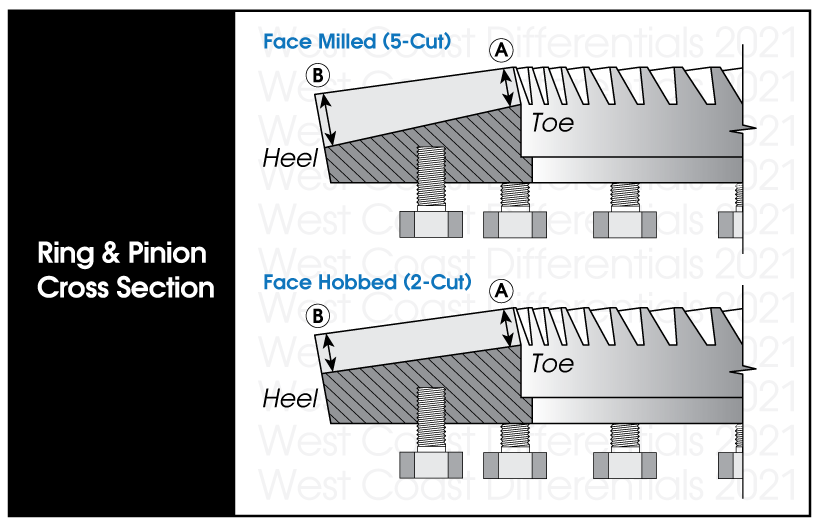 In our experience, Face Hobbed gears have proven to be quieter than the traditional Face Milled gears in several applications that have been notoriously noisy in the past. Strength and durability has not been an issue, with in-depth analysis showing load capacity being equal to or greater than 5-cut. 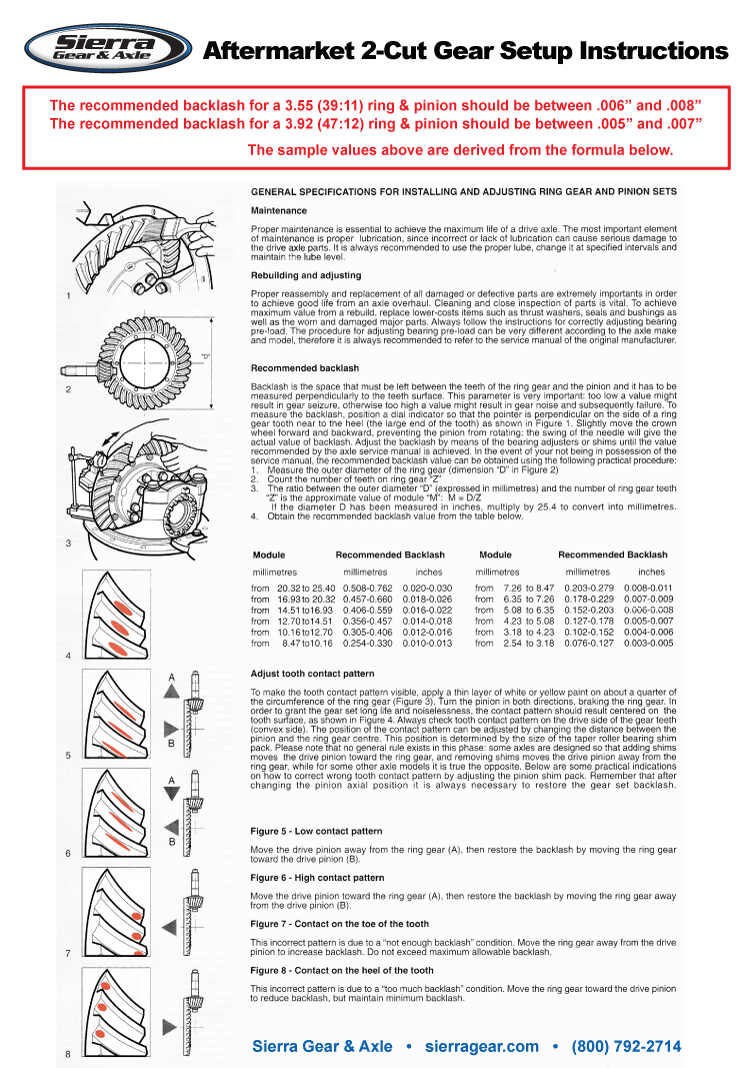